If you’re frustrated over the cost of your cell phone plan, you’re not alone.

I’ve often thought of switching to a cheaper carrier, but I worry about getting service in my area, if I can bring my own phone, and other hidden costs.

But what if a cheap cell phone plan can tick all the boxes without you noticing a drop in coverage?

The different discount plans available have increased competition and driven costs down. A study by the Tax Foundation found that wireless bills dropped 17% from 2008 to 2017. Even the “big four” wireless companies of AT&T, Sprint, T-Mobile, and Verizon have dropped their prices.

But price confusion can add to the fear of changing providers. Companies can charge different fees that make it hard to compare plans. A $50 per month plan could end up $60 or more after taxes and other charges.

While the cheapest plan might not be the best pick for you, there are plenty of options to help you cut costs.

There are lots of cheaper cell phone plans out there. The amount of money you could save might surprise you, especially if you’re paying for services you don’t need, like unlimited data.

At $15 a month, Mint Mobile has plans that come with all the features of a big-name company. 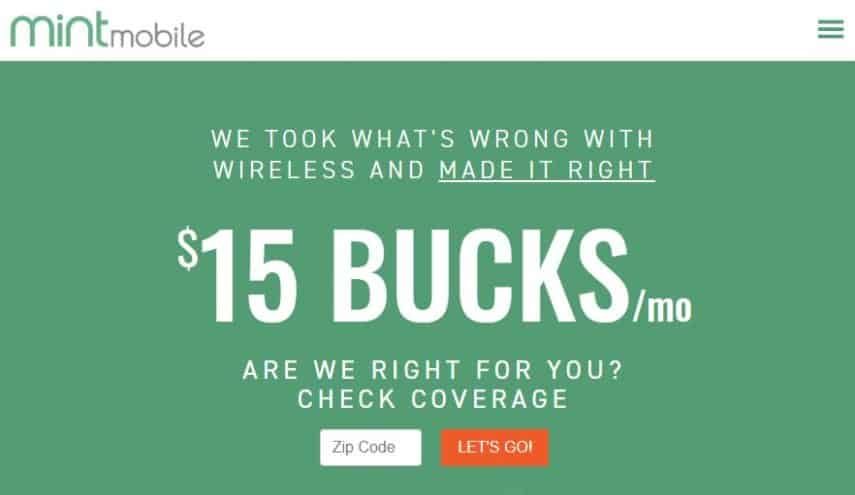 They launched in 2016 as a spin-off of Ultra Mobile and offer prepaid service at a discount price. Go here to see if Mint Mobile is available in your area.

ProsConsFeaturesPlansTrustPilot Rating
2 out of 5 stars

Republic Wireless is a well-known discount provider with some of the best cell phone plans available. The company started in 2011 using Sprint’s network but expanded to include T-Mobile’s service area in 2016.

ProsConsFeaturesPlansTrustPilot Rating
4.5 out of 5 stars

Owned by TracFone, Total Wireless uses Verizon’s network to deliver low-cost plans without a contract. Cell phone and plan options are available to purchase on their website and inside most Walmart, Target, and Dollar General stores.

ProsConsFeaturesPlansTrustPilot Rating
3 out of 5 stars

You’ll recognize Sprint as one of the most popular wireless providers. It’s part of the “big four” cell phone companies and features competitively priced plans. 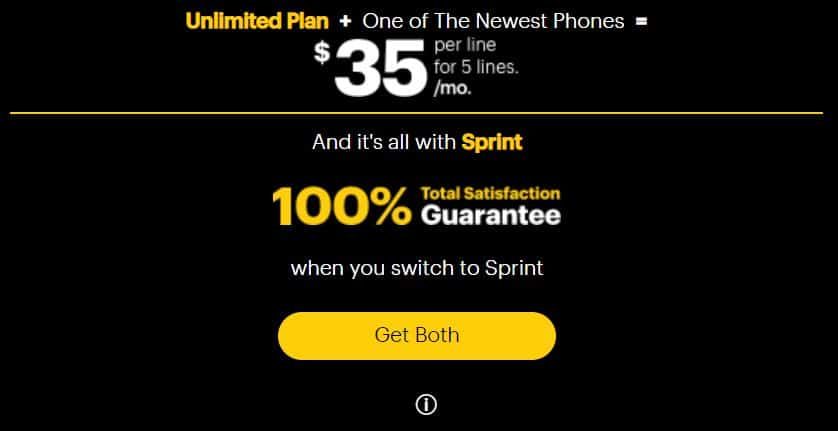 They offer some of the cheapest phone plans with unlimited talk, text, and data.

ProsConsFeaturesPlansTrustPilot Rating
1 out of 5 stars

Wireless company Ting started in 2012 and has quickly gained popularity. Ting doesn’t have typical monthly plans. Instead, you only pay for what you use which makes them one of the cheapest phone plans for one person.

ProsConsFeaturesPlansTrustPilot Rating
3.5 out of 5 stars

Gen Mobile is a lesser-known cheap cell phone service that’s great for people who don’t use a lot of data. You aren’t locked into a contract and can enjoy nationwide coverage on Sprint’s network.

ProsConsFeaturesPlansTrustPilot Rating
3.7 out of 5 stars

Make sure to check for coverage availability because the company doesn’t offer plans in every area.

TracFone is a popular brand of wireless service providers. The prepaid plans have been a major draw since the company began in 1999. In 2013, TracFone started its “Bring Your Own Device” program.

ProsConsFeaturesPlansTrustPilot Rating
2 out of 5 stars

You’ll recognize T-Mobile from its purple-themed plans. The award-winning company was founded in 1999 and has some of the best deals on family cell phone plans. 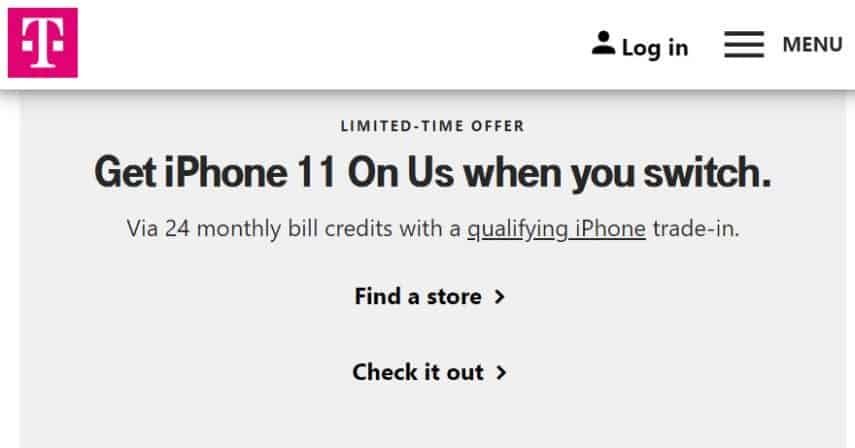 As one of the “big four” wireless companies, AT&T has higher prices than most of the others on this list. They began in 1877 as the Bell Telephone Company and are now the largest company in the telecom industry.

ProsConsFeaturesPlansTrustPilot Rating
1 out of 5 stars

You might not have heard about Good2Go Mobile, but they’ve been providing cheap cell phone plans since 2004. The prepaid option keeps your budget in check so you won’t see any surprises on your monthly bill.

ProsConsFeaturesPlansTrustPilot Rating
3.5 out of 5 stars

Cricket Wireless is a respected choice for discount cell phone plans. The company is a wholly-owned subsidiary of AT&T. 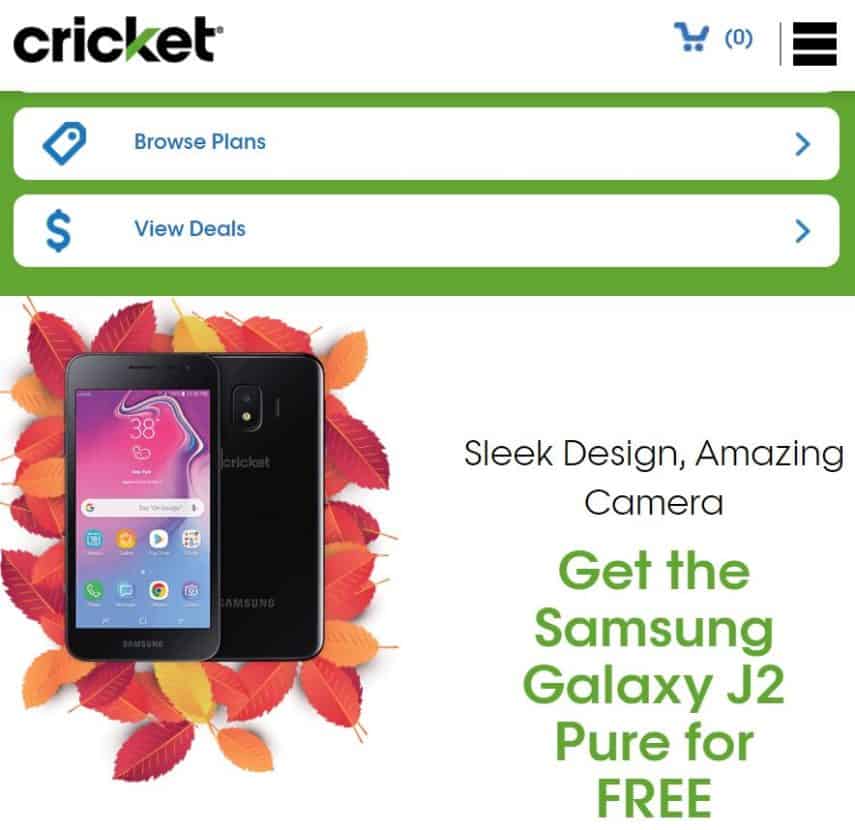 One thing that sets Cricket Wireless apart is that you can lease-to-own a phone without a credit check.

When considering different carriers, you don’t have to give up your phone number. Most companies allow you to port your number to a new plan. See how the top five cheap cell phone plans can help you save money.

5 Things to Consider Before Making The Switch

Consider what you’ll be using the cell phone for before you jump to a new plan. Heavy data users should go with a wireless company with cheaper prices on data.

GSM and CDMA are two different technologies that power communication between cell phones. Every cell phone company, no matter how big or small, has to pick at least one to use, though some companies rely on both to power their network.

If you’re bringing your own phone to a new plan, you must know which technology your phone uses. For instance, you can’t bring a phone that uses CDMA to Mint Mobile because that company uses GSM. Without a GSM phone, you’d have to purchase a new phone to switch to Mint Mobile.

Prepaid phone plans can be less expensive than contract plans, though usage and data can be limited. You aren’t able to switch to a new company if you’re locked into a contract, which is why prepaid plans are good for some people.

Sharing a plan with other family members is an easy way to cut down on your bill. However, you can run into trouble with data usage if one member is a heavy phone user. Individual plans limit cell phone use and data package to a single user.

4. Bring Your Own Phone (and Number)

It’s easy to port your current number over to a wireless provider. To bring your own phone to a new plan, find out if you own the phone or are leasing it. Some providers charge you to rent the phone so make sure you can take your phone with you before you cancel your service.

WiFi calling gives you more access to a wider range of places. With free internet access, you’re able to make phone calls and send text messages without cell phone service. This feature can be helpful if you live in a rural area or in a city where buildings can block cell phone signals.

If your cell phone bill is causing you stress, consider switching to a cheaper plan. You can probably find a cheaper service that still offers all of what you need from a cell phone carrier.

You don’t have to sacrifice coverage quality when switching carriers, discount carriers don’t have to mean lower quality service. Some of the cheapest cell phone plans use the same technology and towers as the big-name companies which means you get the same service for less money.

Related: Where Can I Sell My Old Phone? The Best Places to Earn the Most

VIEW ALL POSTS BY Louise Gainey

It’s amazing how much your cell phone can become part of your daily life. I know that I’m a heavy phone user, but even I was surprised to find that I typically use my phone for an average of five and a half hours a day. That’s almost like having a full-time job of looking […]

Amazon Prime is the most popular online shopping subscription service available today. It’s estimated that three out of every five American households subscribe to Amazon Prime, and for good reason. Besides all of the other features of Amazon Prime such as Prime Video, Prime Reading, and Whole Foods discounts, you can save a lot of […]